Wonton is one of the favorite snacks especially in the southern part of China. The processing of making wonton is similar with dumplings but the tastes of the two are quite different. Wonton wrappers are always thinner than dumpling wrappers and wonton has a fresher scent comparing with dumplings.

The wonton soup is the soup using wonton as the main ingredients. Generally, we have two types of wonton soup quite popular in China. One is clear or mild wonton soup and the other one is wonton soup in red oil. Surely, the later one is more popular in Sichuan cuisine. Additionally, it is considered as one of the most classic Sichuan snacks-red oil Wonton soup. 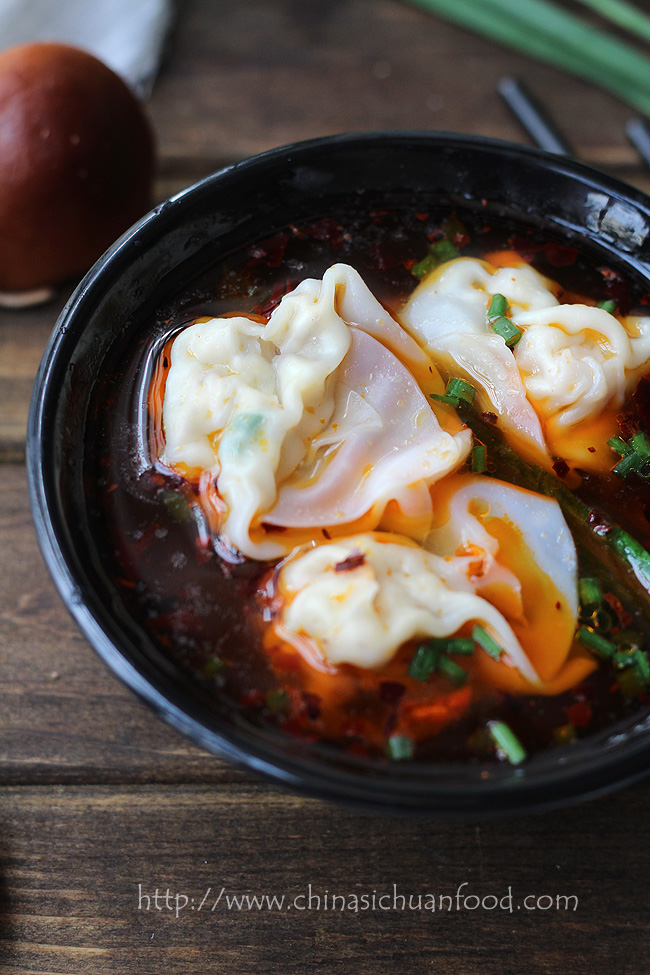 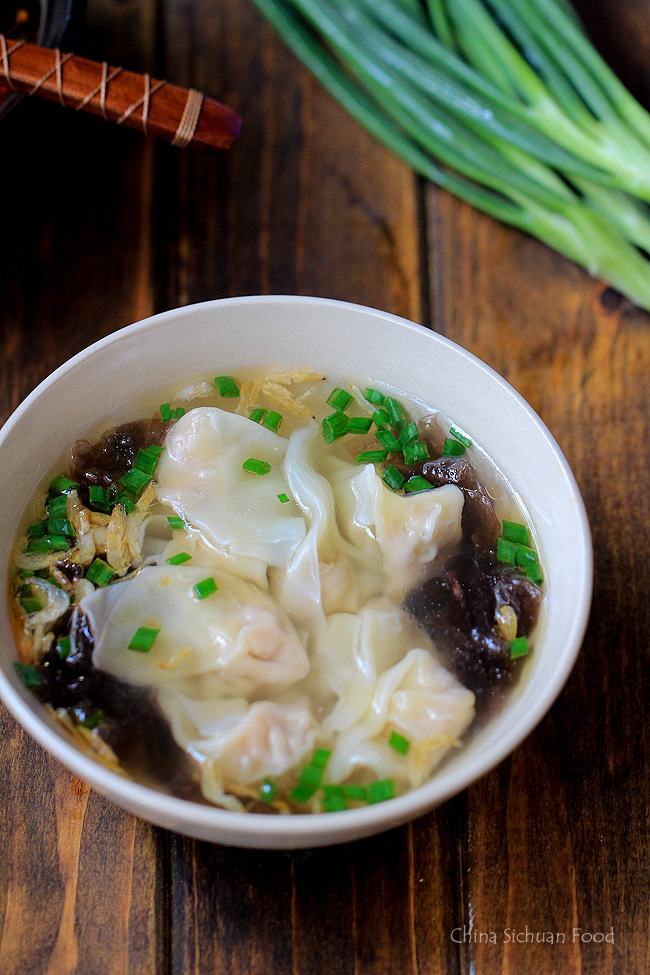 To prepare the wonton filling ground pork (can be combined with beef or chicken or shrimp) green onions, grated ginger,egg as well as other condiments. Of course, sometimes we can add some vegetables or mushrooms for a better healthy balance. 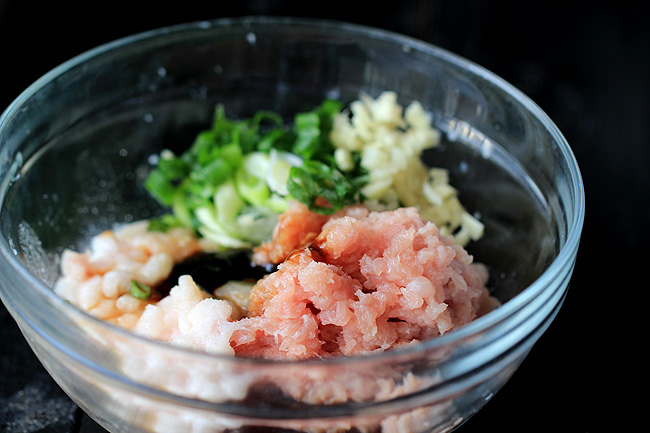 For vegan and vegetarian readers, please refer to this post: vegetarian wonton soup.

Assemble the wonton one by one, photo instruction is here: how to wrap wontons. 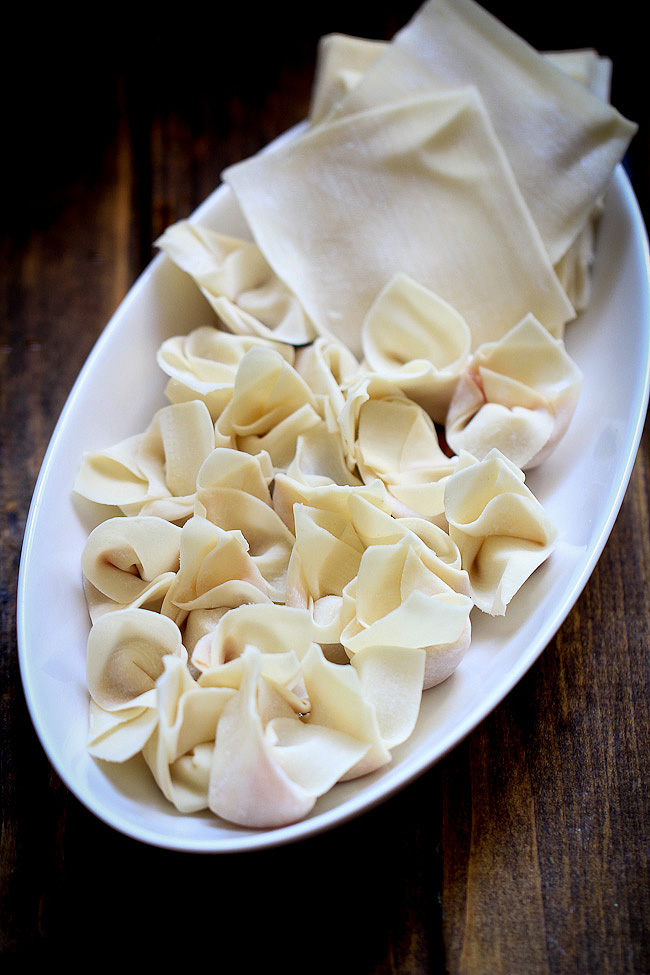 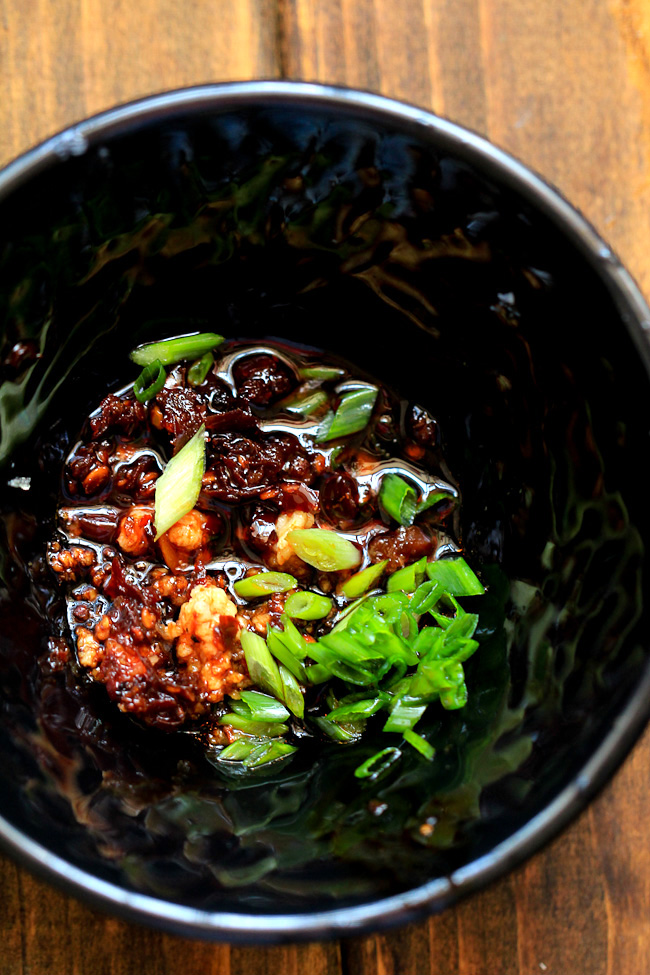 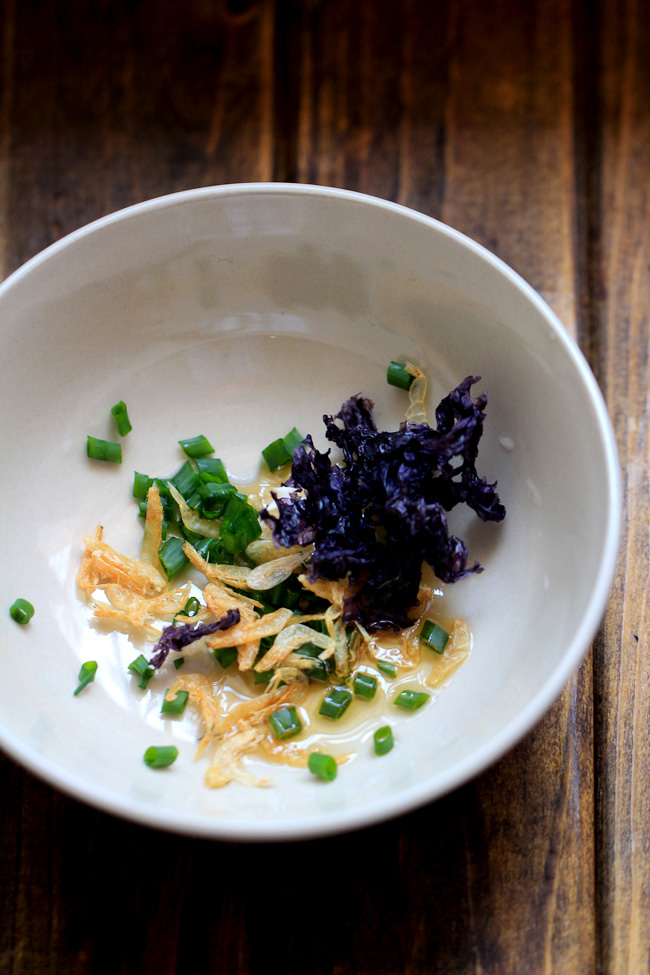 Bring a large amount of water in pot and cook the wontons for around 5 minutes and cook your vegetables in the last one minute.

Now, there we are! 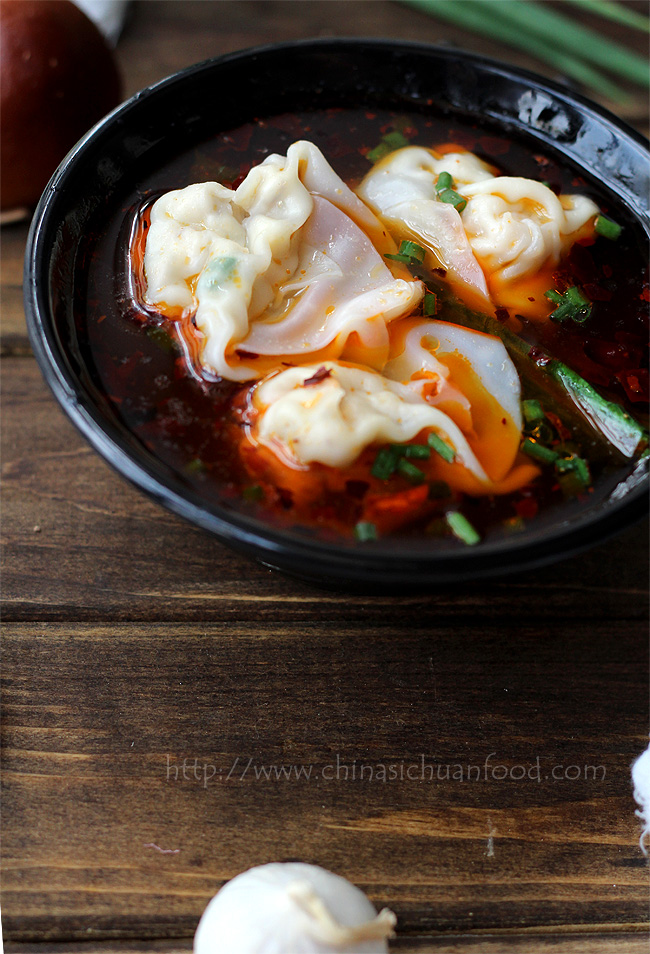 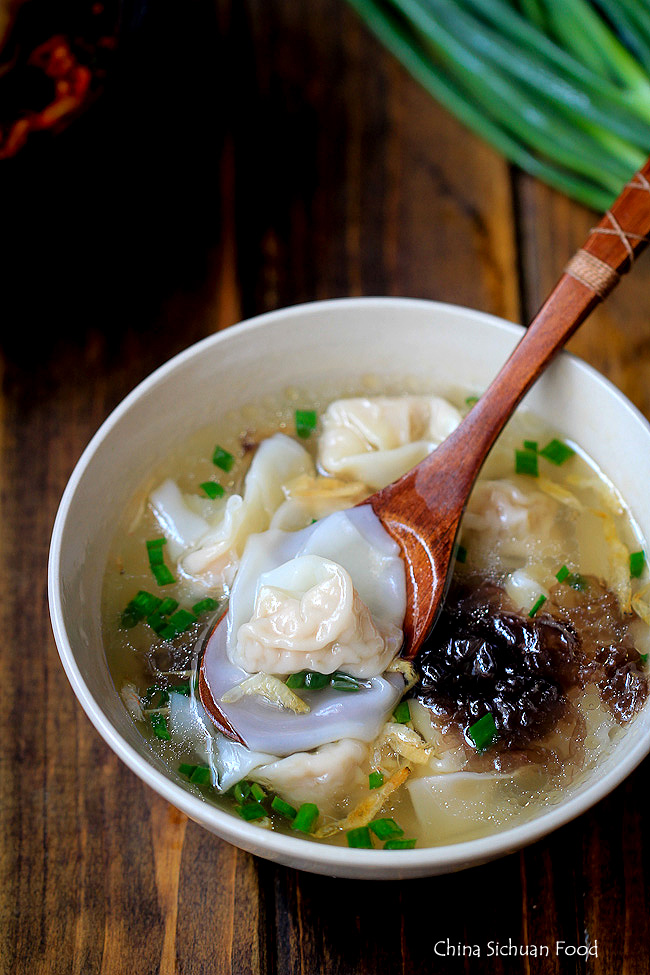 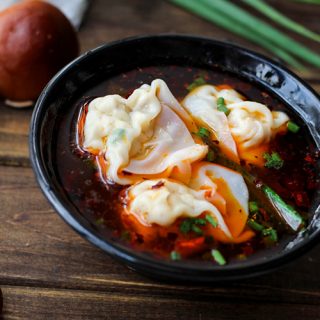 Even with water, the soup tastes good. But you can use chicken or pork stock to replace water.

Enjoy and thanks for visiting! 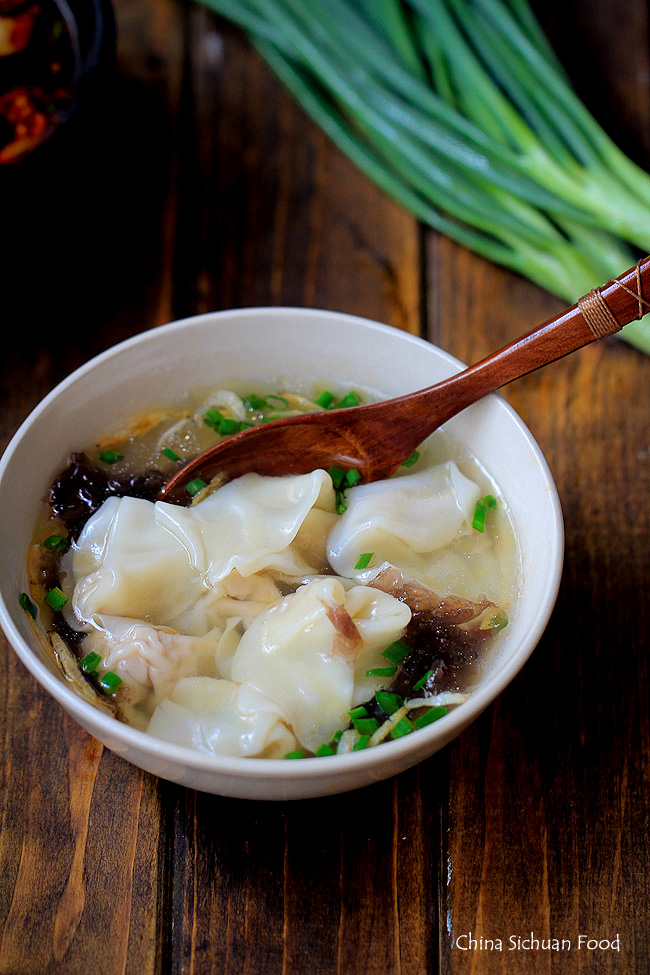