Learn how to make snow fungus soup.
White fungus (银耳), an edible fungus that grows on many trees in Asia is also named as snow fungus, white wood ear or tremella. In Chinese traditional medicine, it is used for more than 2000 years for small ailments. And it is believed that white fungus is especially benefit to female. It can nourish and moisten the lungs . 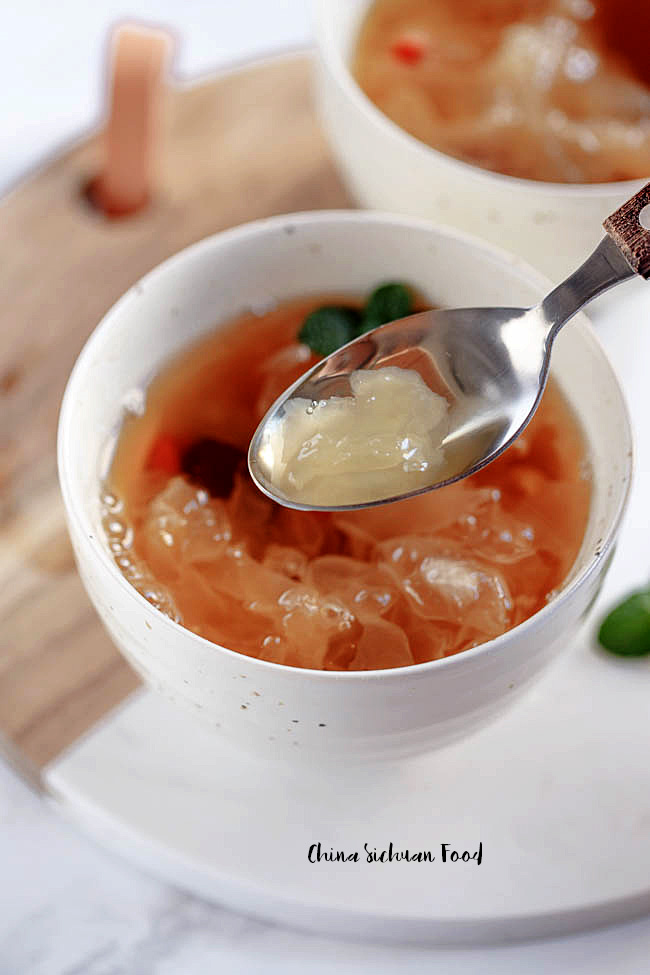 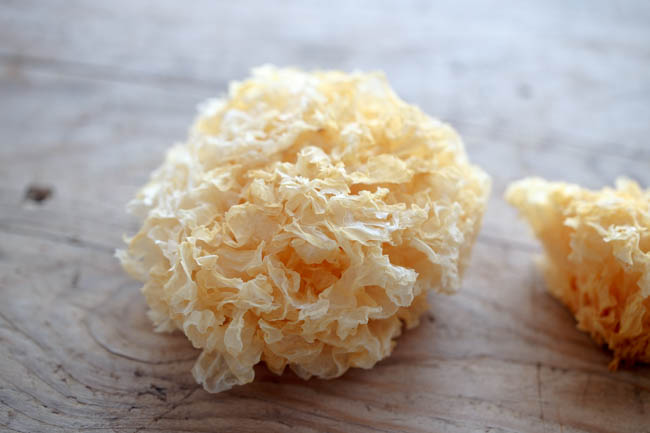 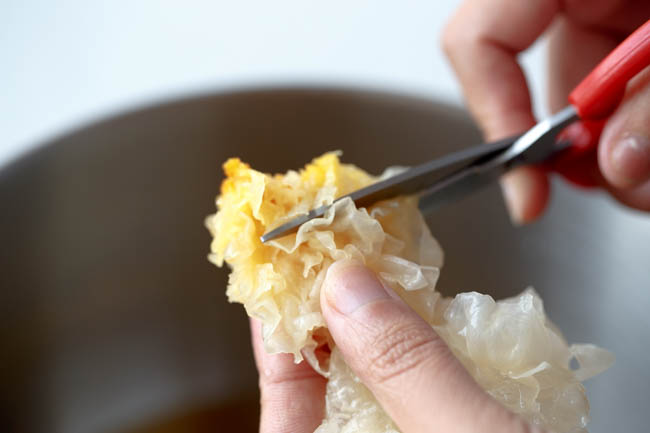 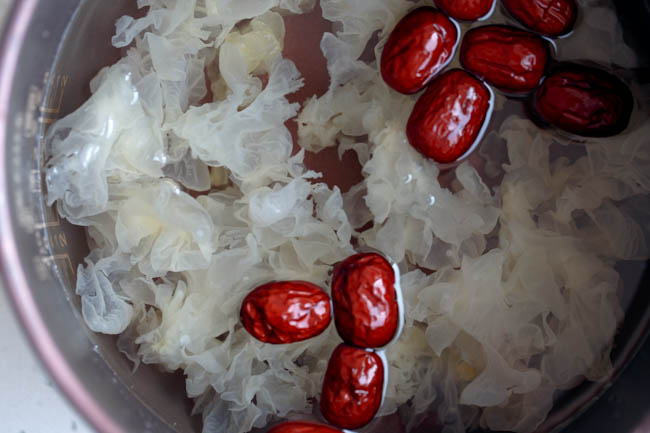 The orange red color is bought by the red dates. Cooked snow fungus is almost transparent. 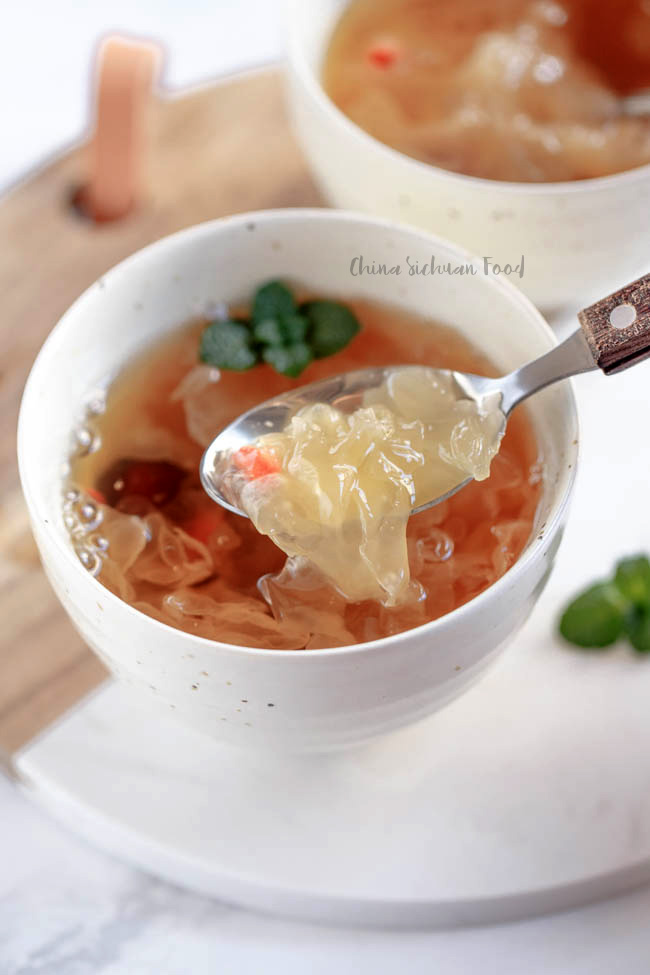 Other ingredients you can add to your healthy snow fungus soup 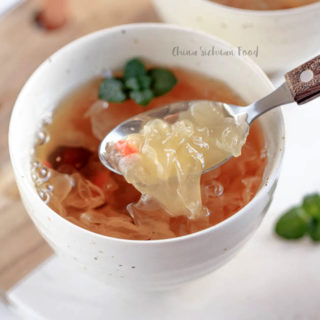 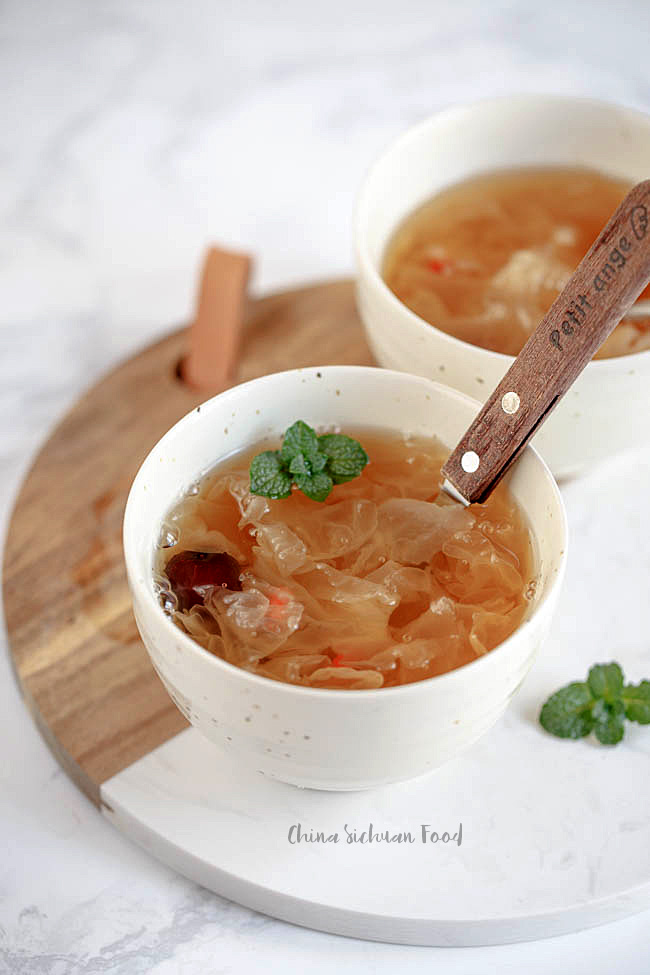