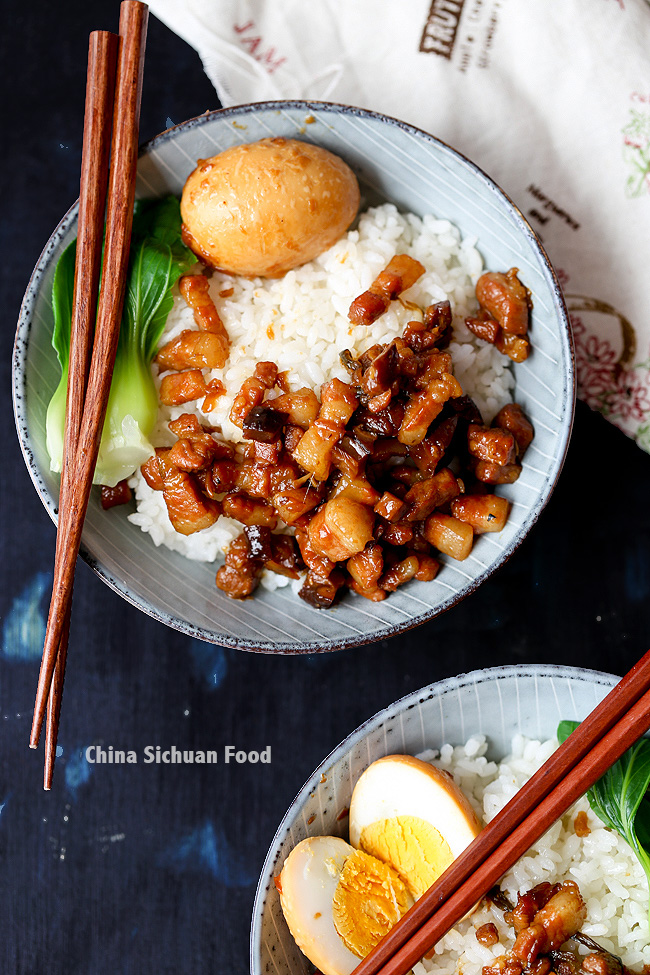 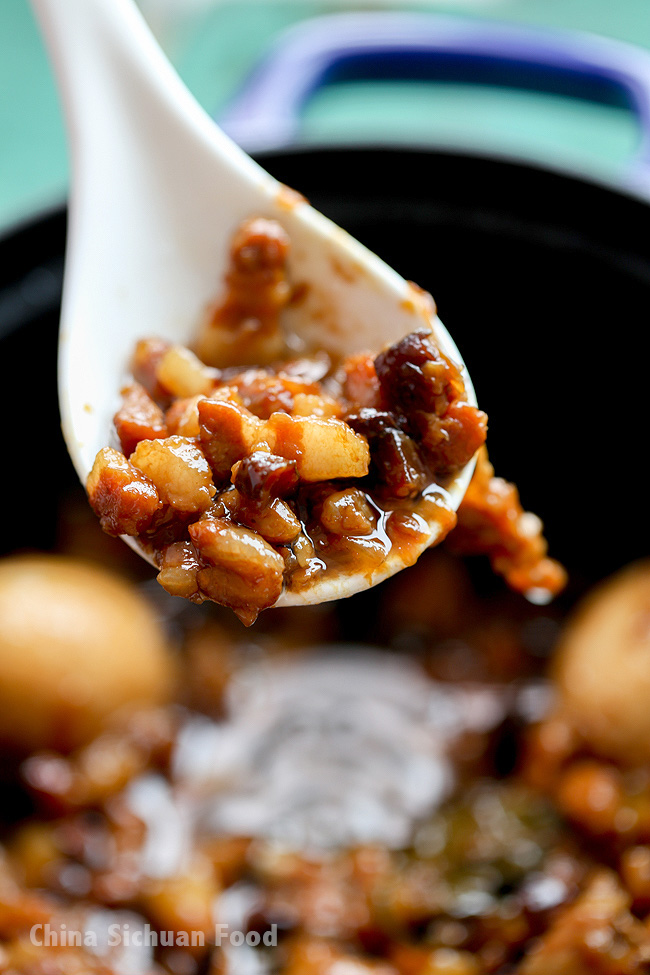 Well, this is a recipe I have been thinking about to write for quite a long time. As a fan of Taiwanese rou zao dishes, it may appear with rice or noodles even sticky rice. Along with the strong aroma of small shallots, I can always find some memory back to my university life when the four roommates enjoying this Lu Rou Fan almost once a week at a chain store. 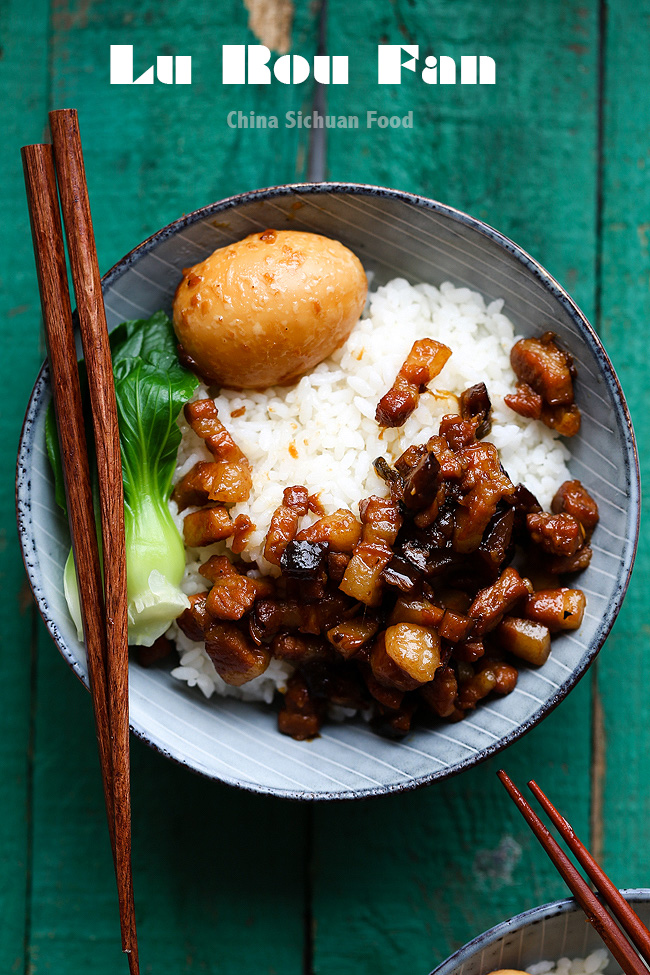 Several tips before making your own lu rou fan at home.

The best ingredient for Lu Rou fan is pork belly. Cut it into long strips and then into small dices. Try to guarantee each piece has both fat and lean meat.  Skin is recommended for lu rou fan recipes as it contains rich collagen which can make the soup even flavory. But if you really do not like the skin, feel free to remove them. 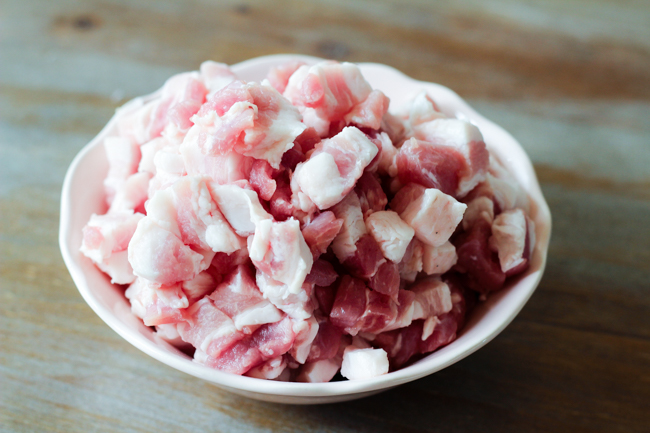 Another secret ingredient for Lu Rou Fan is fried shallot: firstly cut the shallots into long shreds (not small pieces, otherwise they will easily get burnt.) 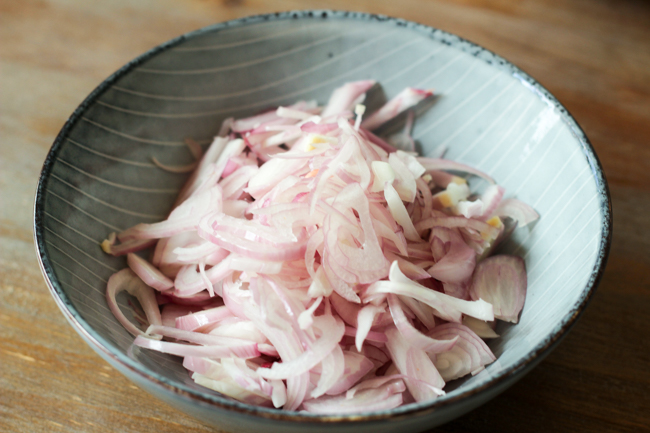 Heat all the vegetable oil in a wok or sauce pan, add sliced onion in to fry until they becomes dark golden brown. Control your fire especially in the later part to medium or slow and stir continuously. The process may take 10 to 15 minutes. 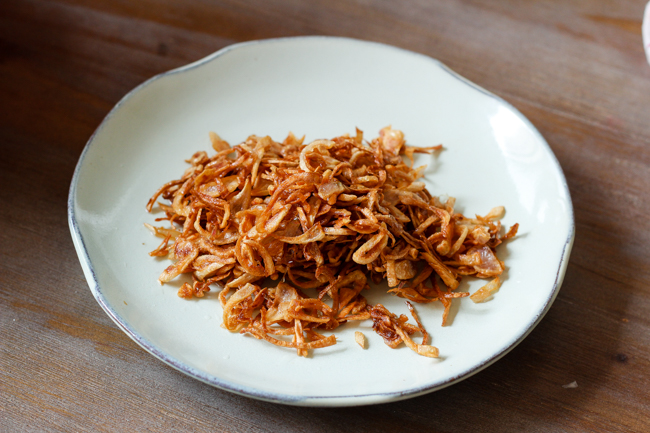 Set aside to cool down. After cooled, the fried onions will become quite crispy, cut them into smaller pieces.

You can use either fresh or dried shitake mushroom, but the later one yield a stronger taste.  Save the soaking liquid. 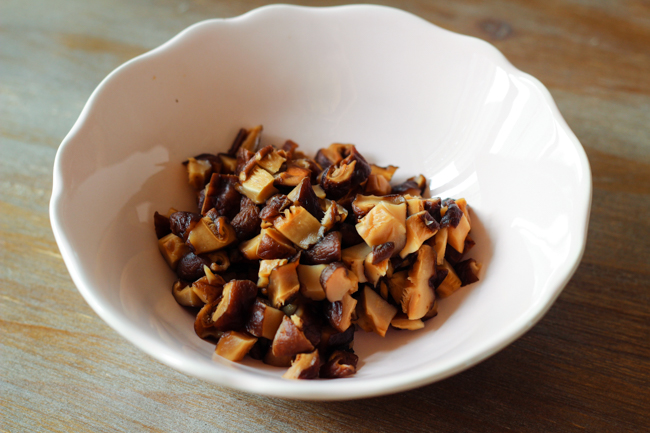 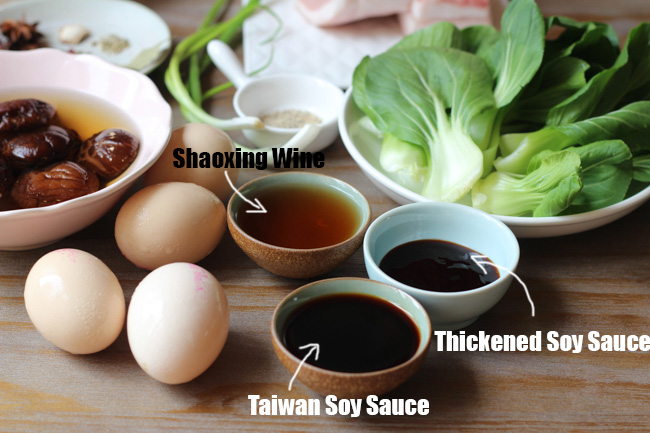 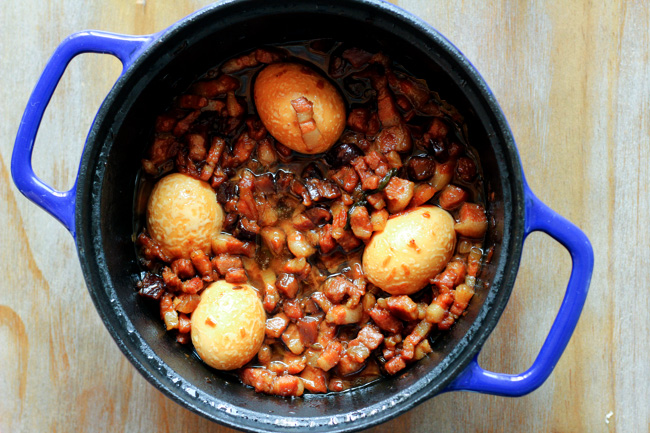 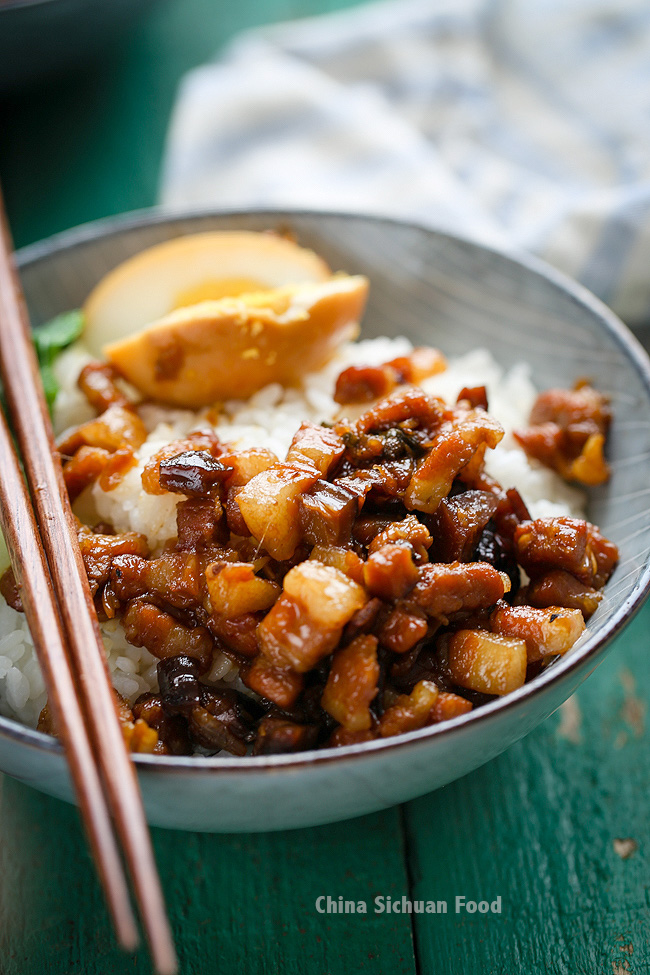 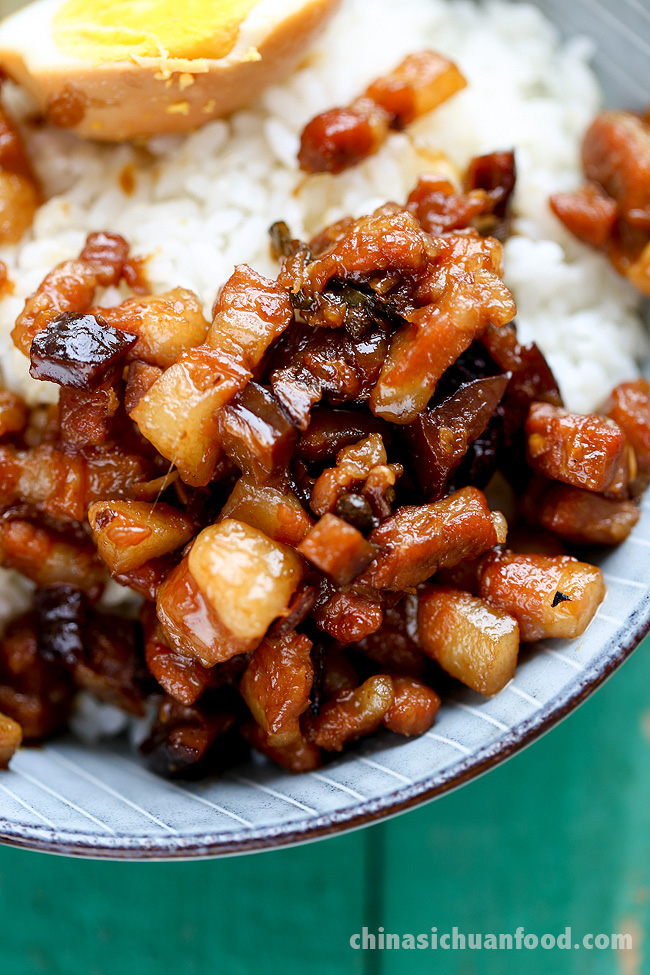 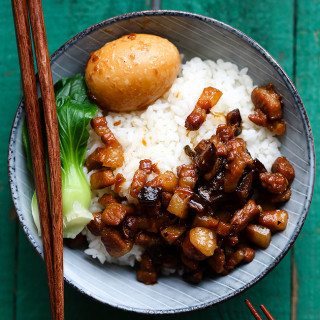 Spices (or you can use 1 teaspoon Chinese five spice powder)

Since different brands of soy sauce have different salinities. You can taste the meat after simmer and then adjust the taste by add more light soy sauce.

There should be a shallow layer of sauce at the end, do not dry up it. 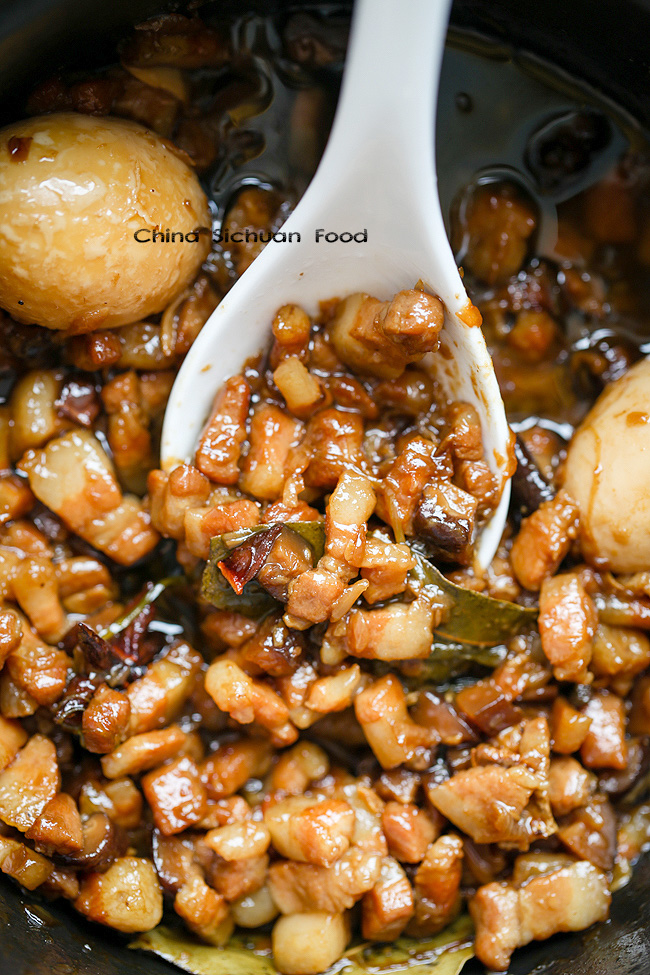 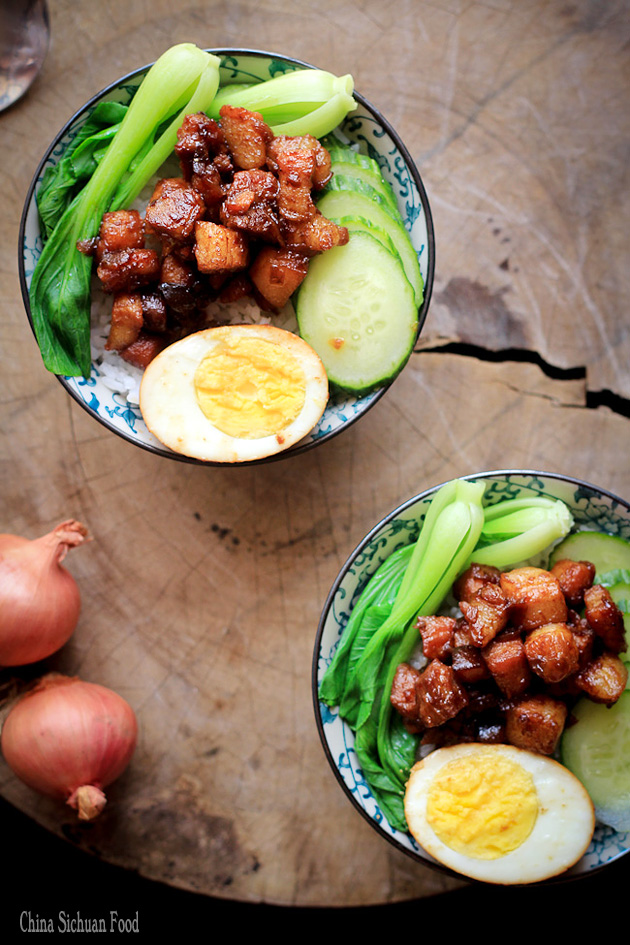 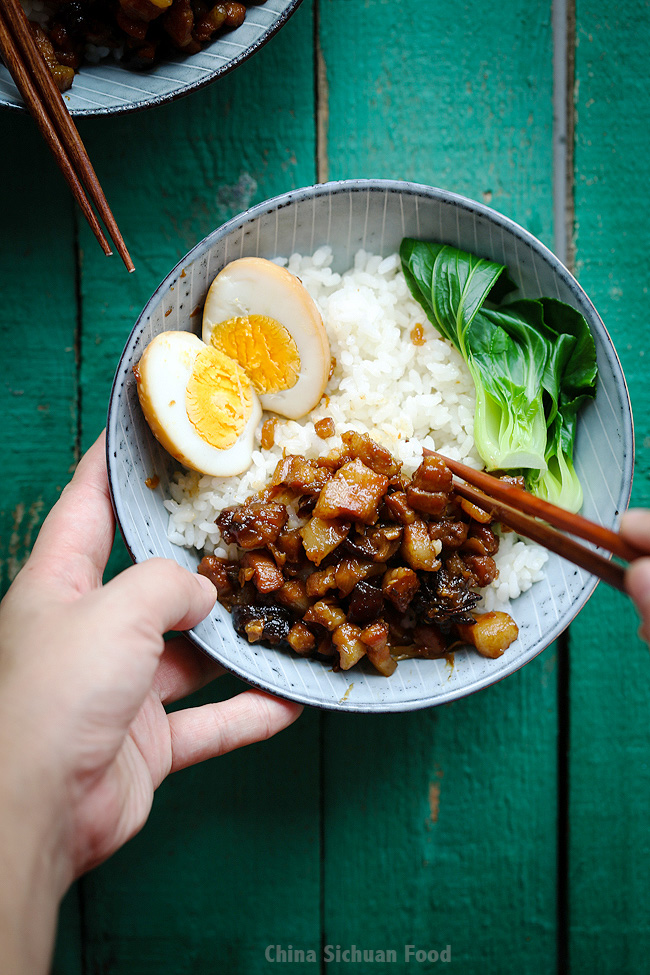