If you ever head of tiger skin pepper, you may wonder what it is? And if you ever eat it, you will fall in love with it. Tiger skin pepper is a famous Sichuan dish among the folk. Although simple ingredients are used, the taste is not that “simple”. 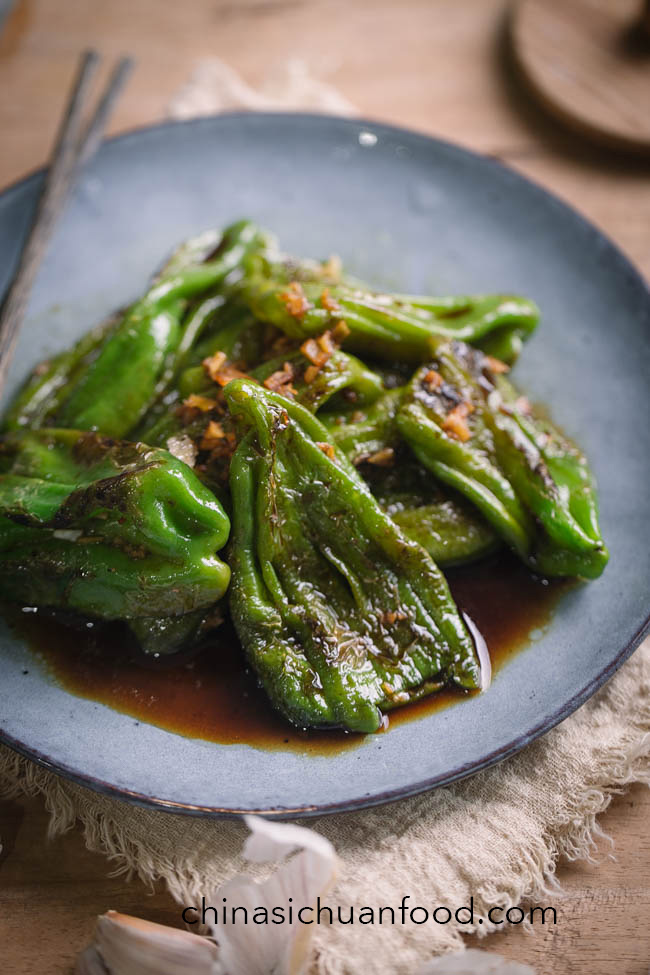 In fact, this tiger skin peppers are sautéed green peppers with mostly garlic, light soy sauce and vinegar. There are many interesting dish names in Sichuan cuisine for example ant climbing a tree(蚂蚁上树), Couple's Beef (夫妻肺片). Sometimes, dishes are not directly named by ingredients and cooking methods. We use imagination in it. This name theory behind this sautéed green pepper is quite similar with that dish. The whole green peppers will be sautéed in wok until the skins become crinkly, which looks like the figure of a tiger skin. That’s why it is named as Tiger Skin Green Peppers. There are also dishes with similar texture for example dim sum style chicken feet.

There are other variations about this dish. Some loves to add vinegar at the very end of the stir-frying process while others might choose to garnish some spices (a mixture of pepper flakes and five spice powder) rather than the black vinegar. The light soy sauce and black vinegar version create a well balanced flavor in addition to the natural hotness of the chili peppers.

The type of the pepper we commonly used in Chinese cuisine is a local branch of shishito peppers. They are ideal option for this recipe because of the thin skin and thicker "pulp". 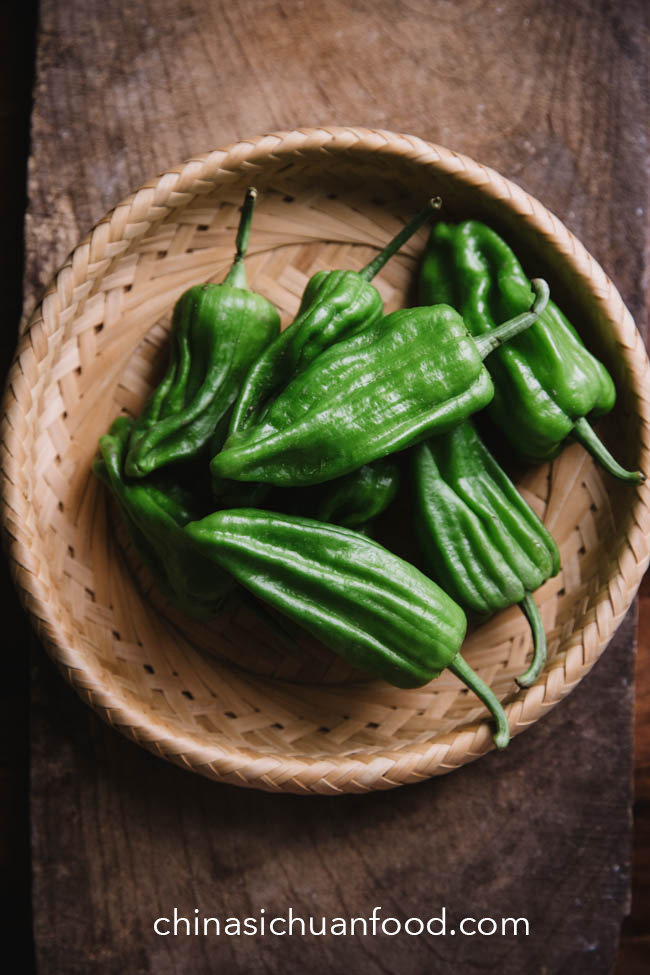 Preparation|Cap the green peppers and remove the seeds. If you like spicy taste a lot, you can keep the seeds inside. Wash and drain. 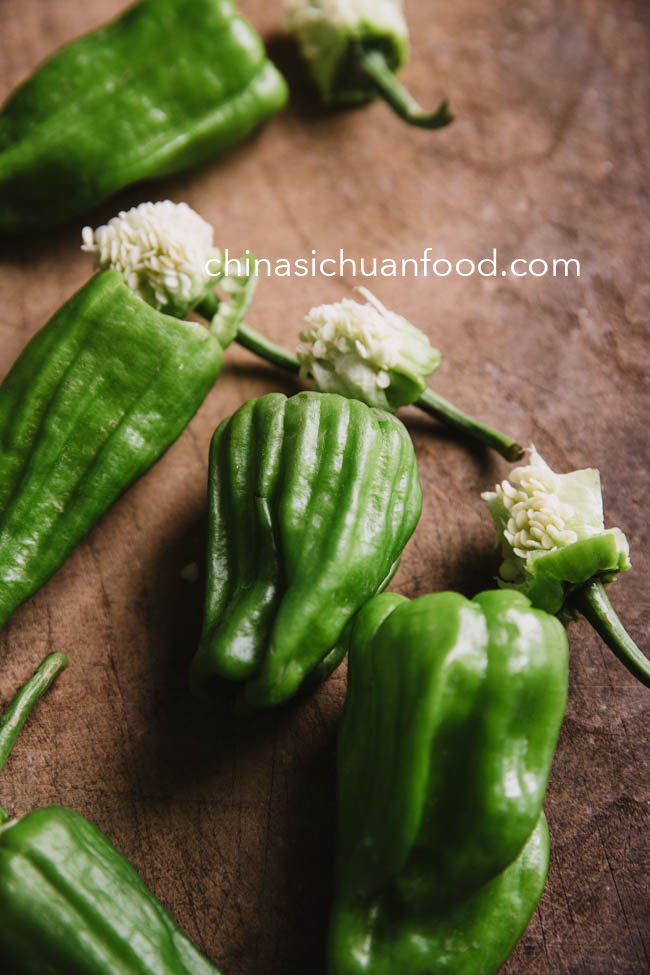 Brush a very thin layer in wok (avoid burning ) then add the green peppers in to sauté until the skins become slightly crinkly.  Or if non-stick wok is used, add the peppers directly. Turn the peppers from time and time to water the cooking process.  Slightly press the peppers with a turner so most of the skins can be well toasted. 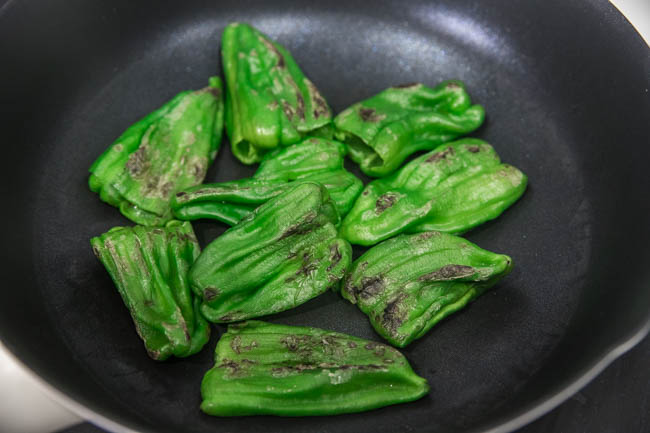 Remove the peppers to the edges and add around 1 tablespoon of cooking oil in center. Place garlic and fry until aromatic. 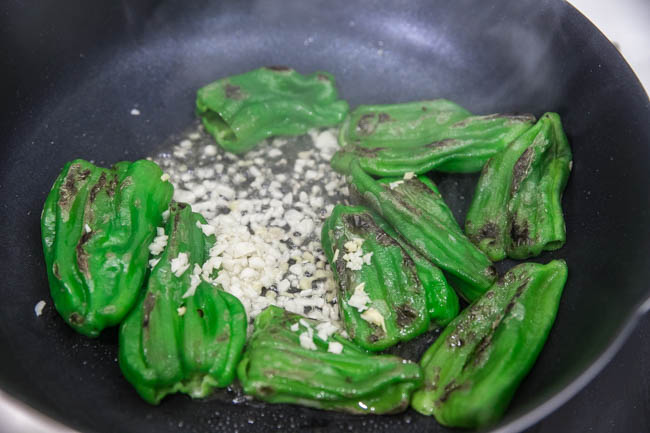 Add light soy sauce, sugar, salt and vinegar. Continue cooking for 15 seconds or so until the sauce is slightly thickened.  Serve hot! 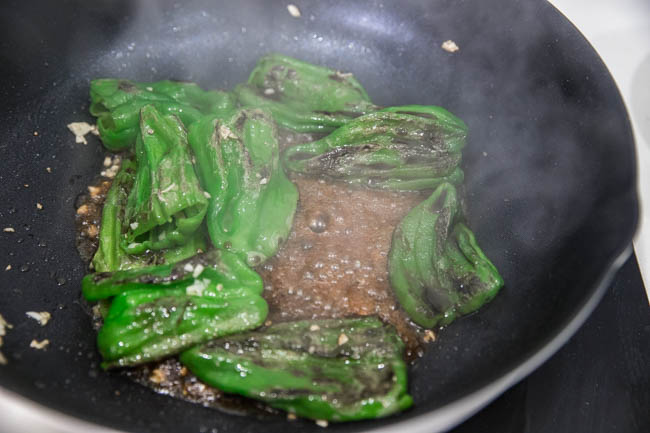 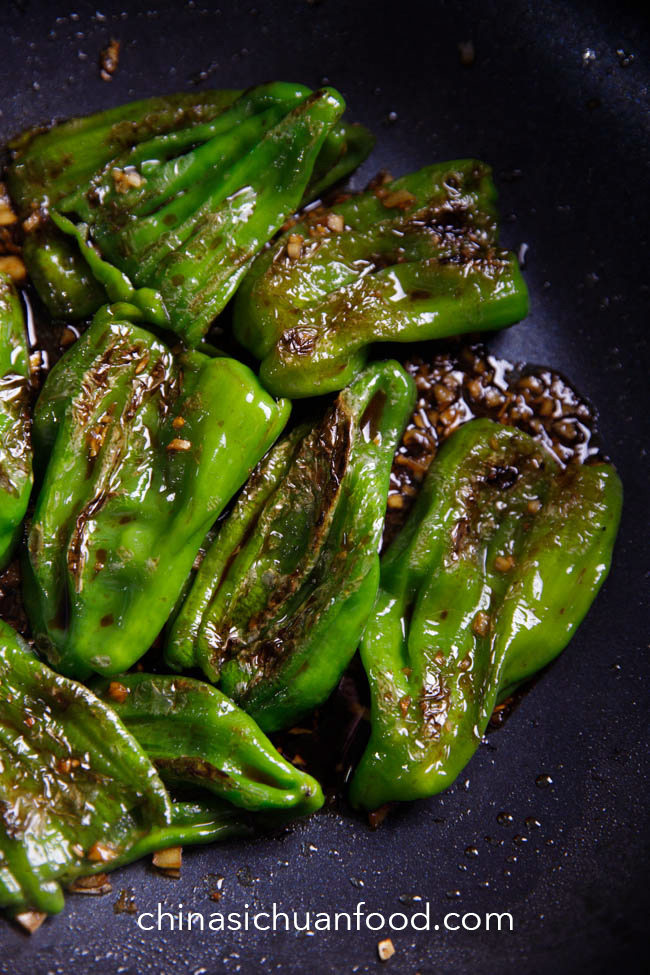 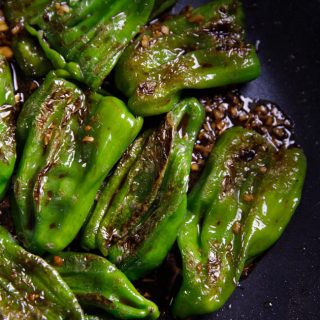 You can replace the black vinegar with other spices to make it to another flavor.