This is an introduction page about Chinese century eggs, all of the concerns, how they are made and why they are popular in China and why not outside China. 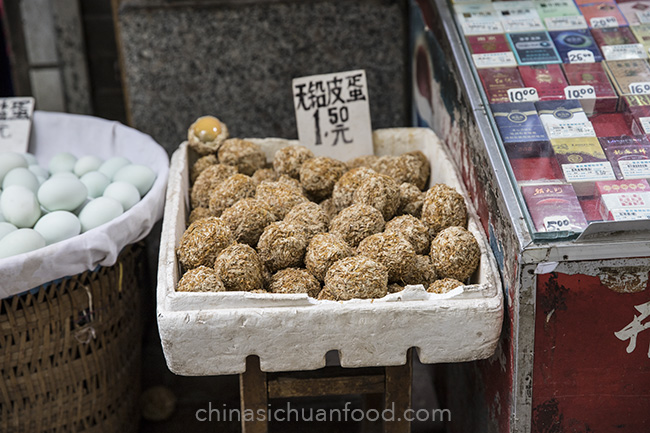 Century in mud and rice husk

Century eggs, also called as Chinese preserved eggs, or 1000 year eggs. In fact, there are two popular types of preserved eggs in China including salted egg and this century egg. The Chinese name is “皮蛋”. “皮”actually refer to the extra shell of the egg. So you can understand Chinese name “皮蛋” as “Coated eggs”. 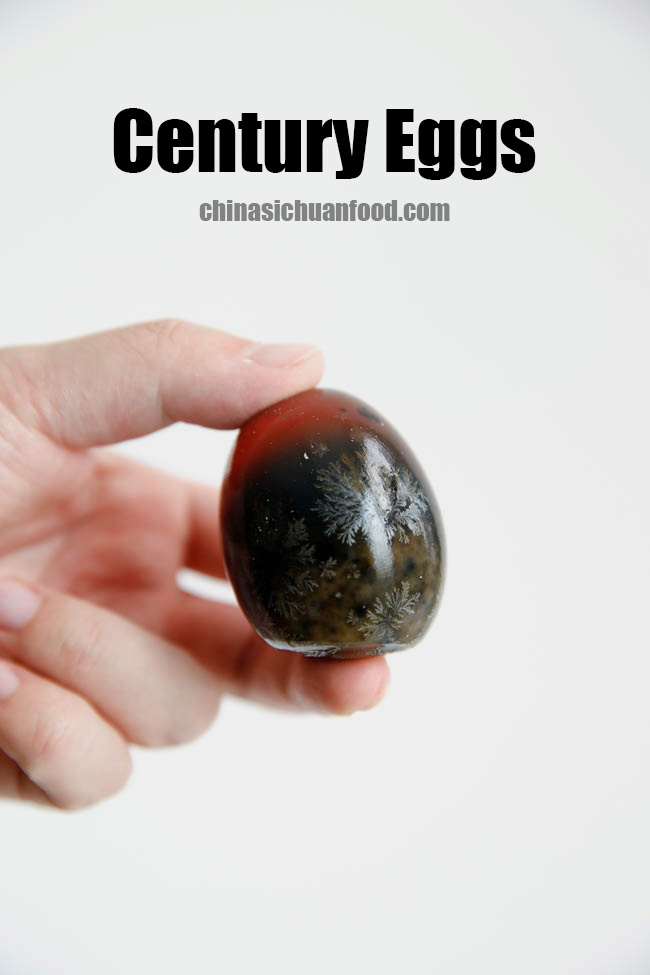 Chinese people share healthy concerns about century eggs too. The first problem is the heavy metals especially lead. Heavy metals are used to seep up the solidifying process of the protein in traditional method. But the process has been modified a lot and modernized production use EDTA as a substitute of lead oxide. So century eggs from good channel has very little lead. The second problem is the strong alkaline. Many people may have healthy problems after eating too much alkaline.

There are two famous types of century eggs one is pine blossom eggs "with pine flowers dotted on the jelly"and the other one is a light yellowish eggs.  It has very similar but light taste comparing with traditional century eggs. 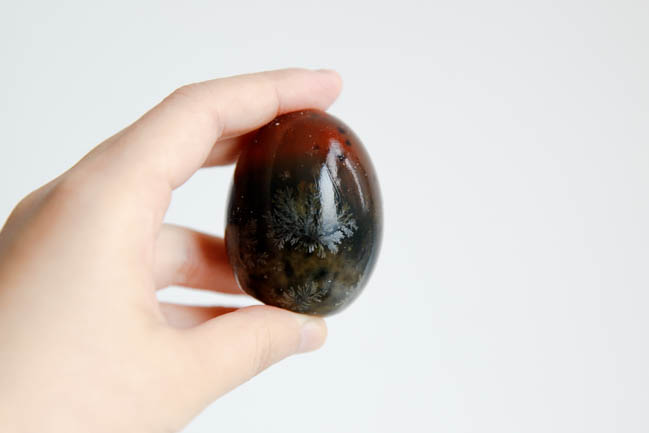 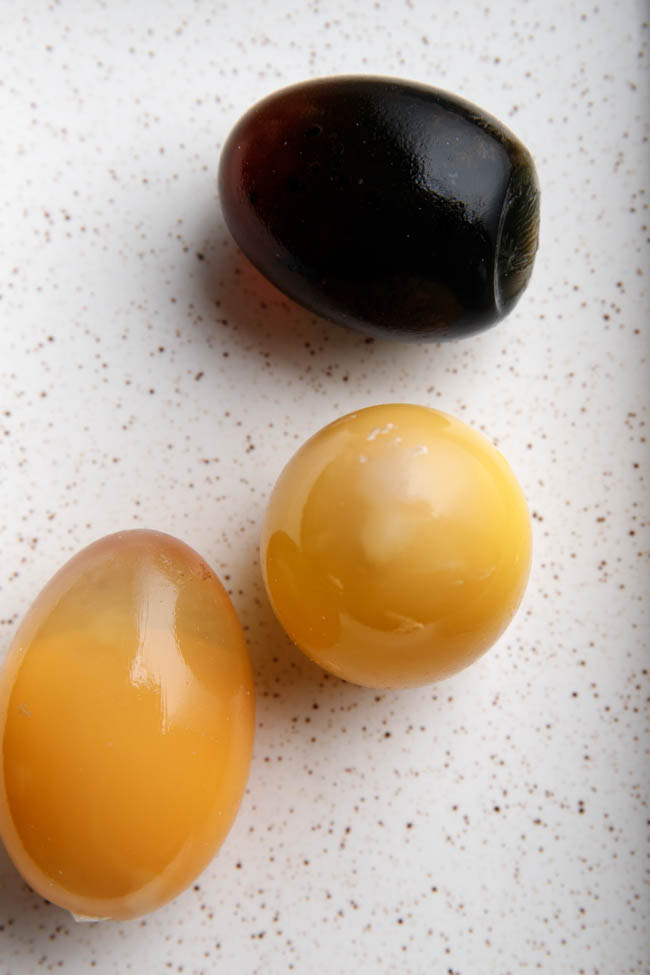 Why it is still so popular

Because it is delicious!! At the very first bite, you may feel it has the accents of sulfur and ammonia. But after the first taste, you will enjoy a world of highly flavorful and umami components which is denatured from egg proteins under the stress of higher PH value.

Why it is named as century eggs

At the very beginning, lots of guys like you believe that those eggs are kept for quite a long time, so it has such a unique taste. Besides, the dark color makes people thinking of rotten eggs. As an exaggeration, people use century or 100 years’ egg to refer those eggs. In fact, the mature process only takes months. In hot summer days, it only takes around 25 to 30 days to finish all of the process.

Can I still eat century egg?

We suggest pregnant woman，children and the older ones be cautious about century eggs. For adults, frequency of eating century egg should be limited too. I believe this is not a problem for most of you. I highly recommend the yellow century eggs for starters.

How can I cook century eggs 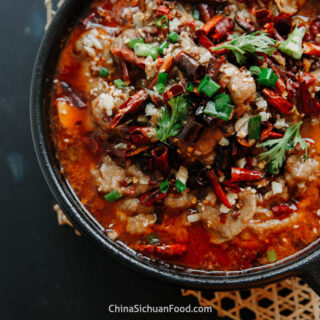 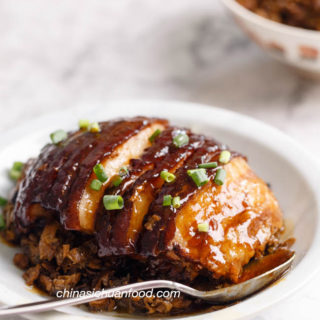