Pig trotter or we may see it as pig feet is considered as one of the most delicious parts on pig. Additionally, the rich collagen contained in pig trotter makes it as a popular beauty food in China. If you are patient enough, you can even try to make collagen mask from pig trotter. 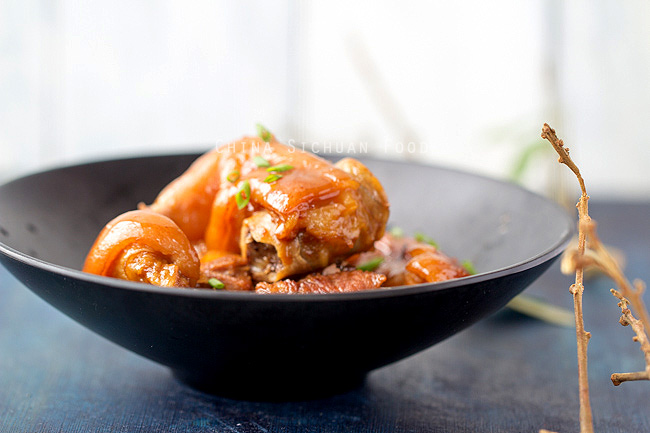 There are many recipes about trotter for example pig trotter soup with soy beans. This red braised pig trotter is also excellent. Pig shoulder can be used to replace pig trotter in this recipe. As for the treatment of pig trotter, be patient with the pig hair if there is any because it may influence the appetite a lot, or you can ask the batcher to help with that. 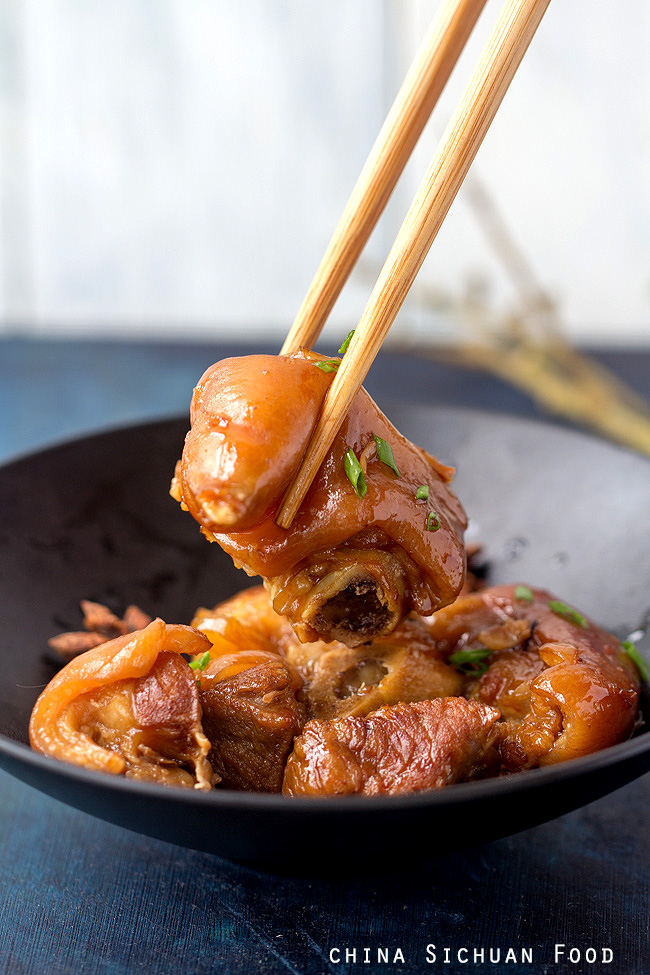 Besides, I want to introduce red braising a little bit more. In Chinese cooking methods, braising is a common and popular method. Red braising or sometimes known as red cooking, from its name, we know that the basic cooking method is braising but the color of the food should be red. The key step of red braising dishes is to make the red oil color via oil and sugar, however sometimes people use soy sauce as coloring when they do not want brother to do that. Generally crystal sugar is used for making the red color. We call this process as stir frying the sugar color. I have introduced the detailed steps and tips in this red braised pork belly also known as Hong Shao Rou. If you do not want to stir fry the sugar color, just add sugar along with soy sauce in clay pot. This method only sacrifice the color slightly but do not influence the taste.

For red braised meat recipes, it is import to guarantee the cooking time. I recommend cooking for at least 2 hours. Since it is a long time, you may use slow cooker or electric cooker to save time. I use high pressure to cook the pig trotter until almost soft, which cost 30 minutes and then red braise in a clay pot this time. It is ok to use a common pot or a wok or even a sauce pan. This version can be the most easy version. 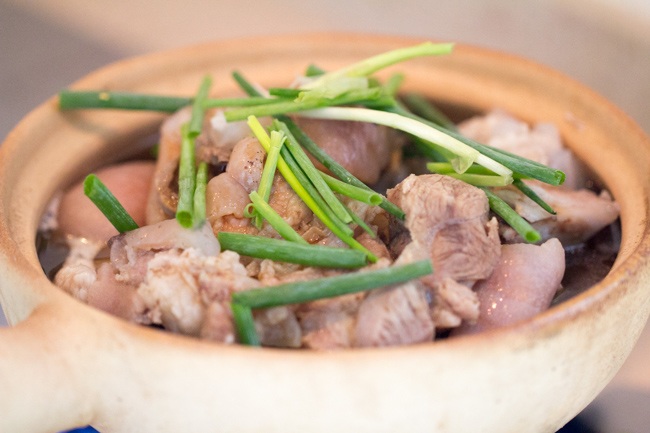 Another tip is that do not add salt at the very beginning because this may destroy the taste of the meat and make it chewy. 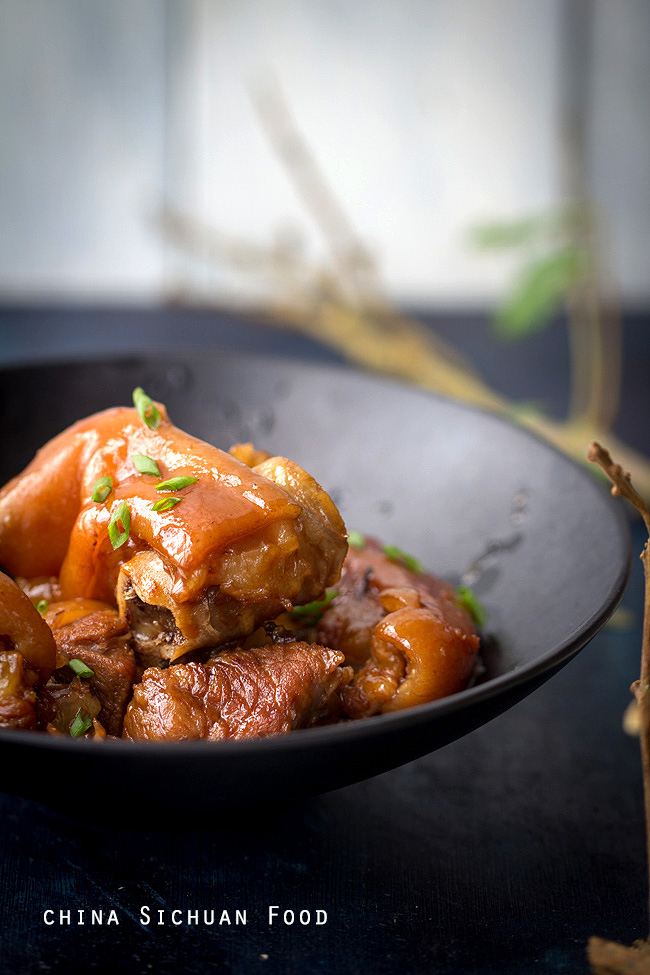 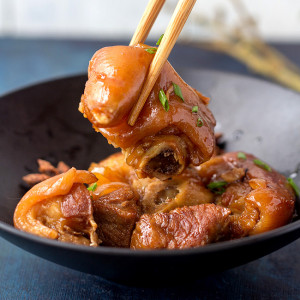 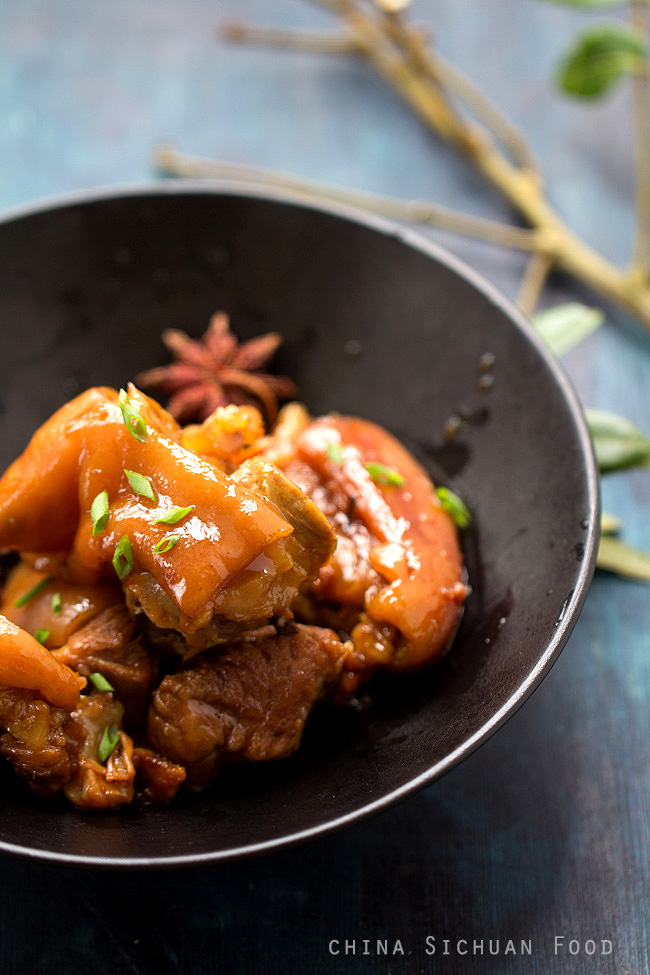