Pork Lo Mein is an easy and daily Chinese noodle dish which is featured by the minced pork stir-fried with flavors. 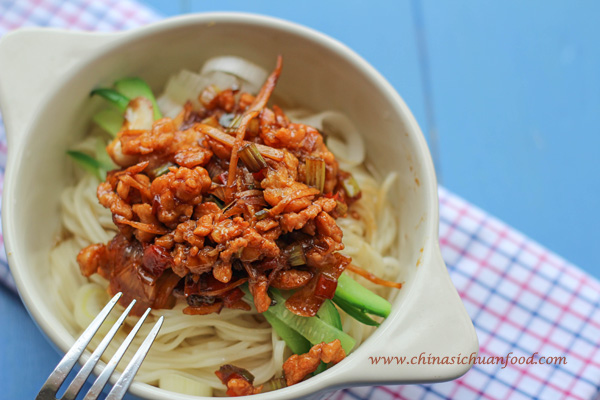 Lo mein and chow mein are the two kinds of daily recipes from Chinese kitchen. I am used to be confused about those two types of noodles. Then I recall my memory about making lo mein and chow mein as well as the ingredients. They have something in common and also some differences.

Matched with meat and vegetables

Cooking process might be different: chow mein should be stir-fried with side ingredients in pan after cooked but this is an optional process for lo mein. On most occasions, we just pour over the stir-fried meat and vegetable ingredients.

If you want to have a try with chow mein, please check chicken chow mein. I use pork, green peppers, red peppers, scallions, ginger and garlic to make the top for this chow mein, which is similar to Zajiangmian but with a lighter taste. 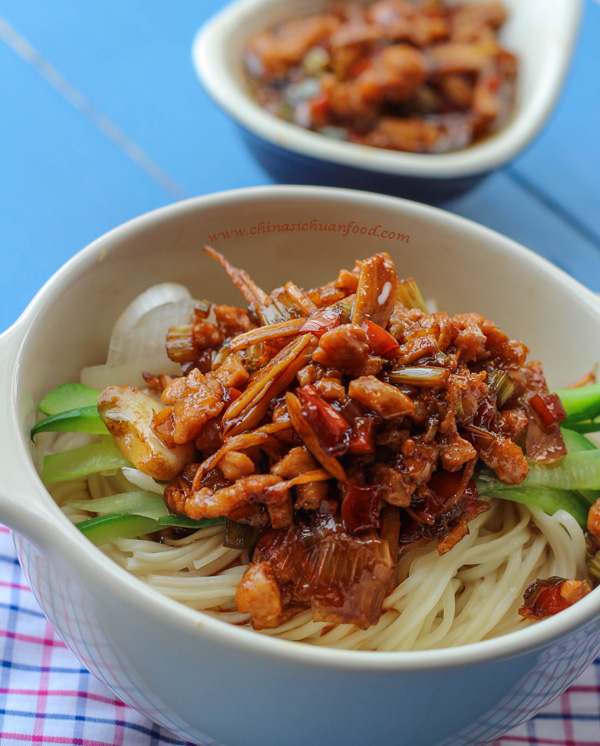 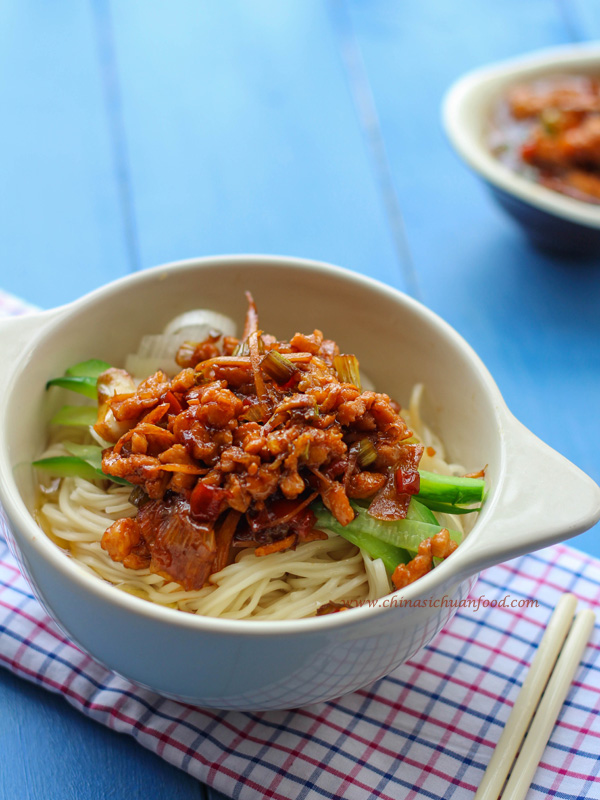 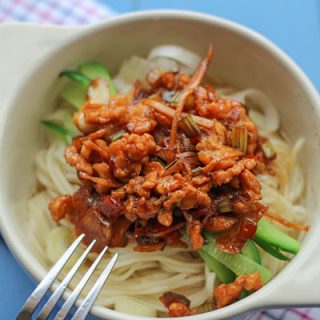 The noodle should be cooked after the other ingredients are stir-fried in the pan to avoid time wasting which might cause the noodle to be sticky and further influence the taste.