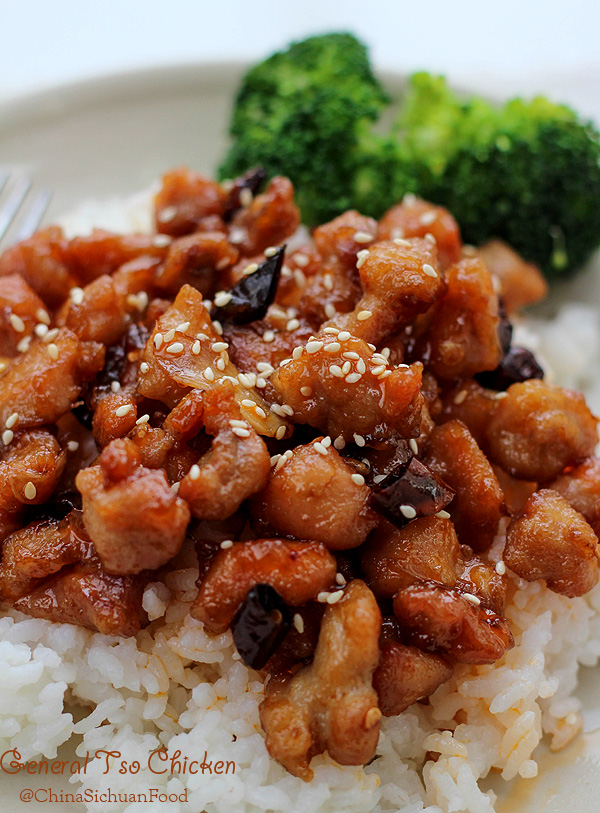 The dish is named after General Tso, who was a famous general in human province. But General Tso’s chicken has nothing to do with the general.

General Tso’s chicken is created by a famous cook Changgui Peng who is expert in Hunan Cuisine.

In 1970’s, the Taiwan's premier Jiang Jingguo visited the restaurant where cook Peng worked in the middle night after duty. Only chicken thighs were left with no other ingredients available. So cook Peng cut the bones out and meat into small cubes, fried firstly and then stir-fried with soy sauce, vinegar, chopped garlic and ginger. And then add water starch and ladled with sesame oil. The premier loved the dish and asked for the name, cook Peng responded quickly with a name after General Tso. From that time, this General Tso’s Chicken has been the featured dish of that restaurant.

Three years later, cook Peng went to American and opened a restaurant. This General Tso’s chicken was loved by Kissinger and further featured by ABC, which makes General Tso’s Chicken as one of the most famous Chinese-American dish. 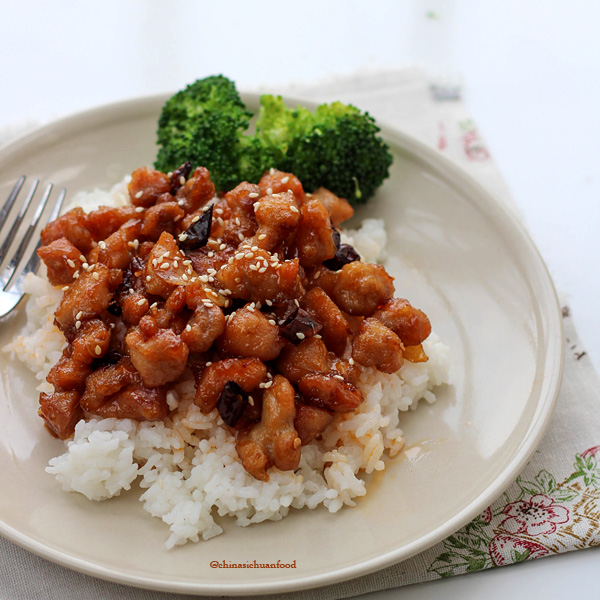 This cooking process is quite common in Hunan cuisine. For the success of making your own General Tso’s chicken, the most important step is the marinating process. As told above, chicken thighs are better than boneless chicken breast. Chinese people do not like to eat chicken breast very much compared with chicken wings and thighs. Even with Kung Pao Chicken, Chinese versions are almost made with chicken thighs. 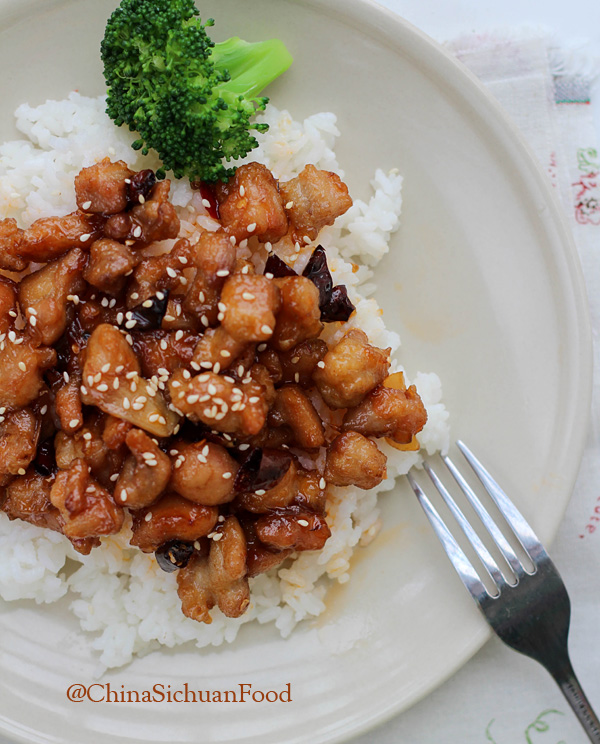 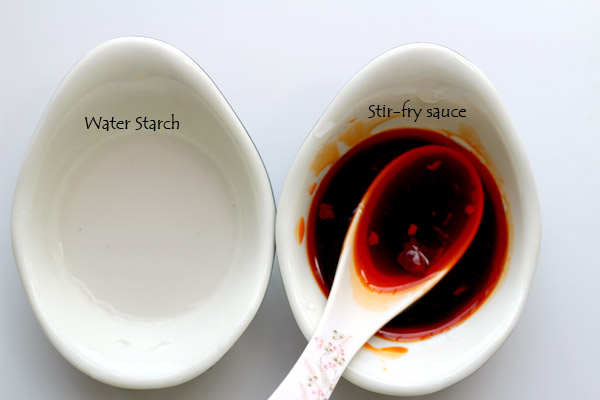 Cut the bones out and the meat of chicken thighs into small cubes around 2 cm long. And then marinade with salt, light soy sauce, cooking wine and egg whites. Put aside for around 10 minutes.

And then heat up a relatively larger batch of  oil in wok. And stir-fry the chicken cubes until golden brown. And then return the fired chicken cubes back to deep fry again for a short time. 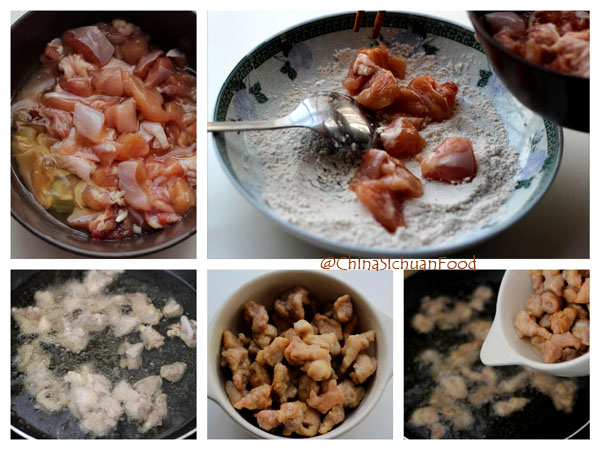 Leave around 1 tablespoon of cooking oil in wok, add chili pepper until the color turns darker. Return fire chicken cubes in with chopped ginger and garlic. And then add stir fry sauce, water starch and sesame oil. Mix well and transfer out immediately. 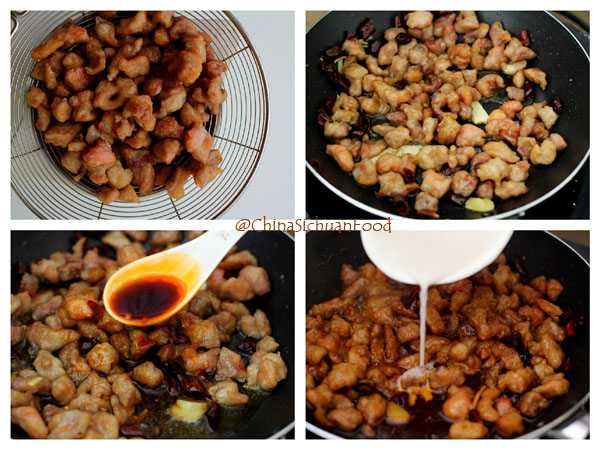 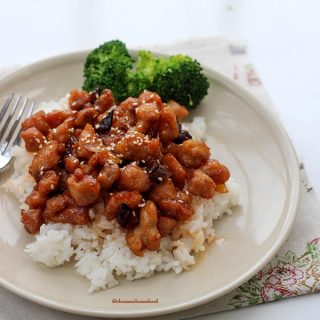 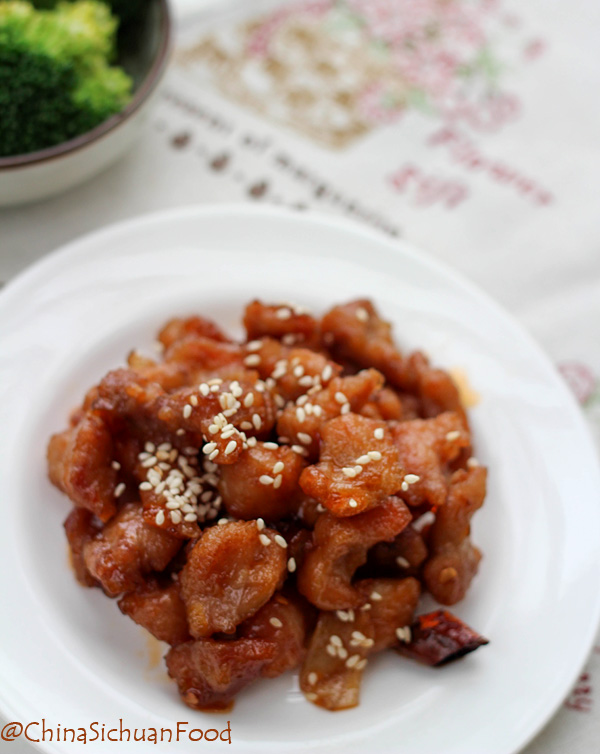